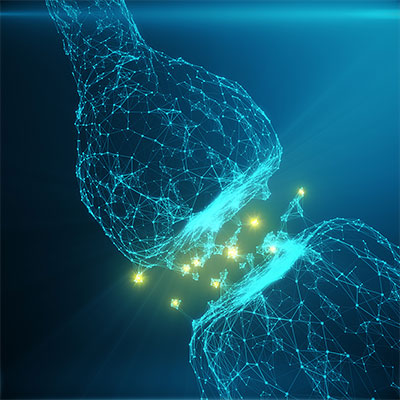 It was thought at one time that brain cells, once they died off naturally or were otherwise killed, could not be re-grown, but in the past century science has proven that our brain can grow new cells just as every other part of our body does.

The human body is not static. Cells are continually dying and being replaced by new ones. In fact, every seven years or so, you literally have a whole new body. But what you do during those seven years may result in a better body or one that looks and feels exactly the same as the old one. Why? It all depends on how you grow your cells, how you edify yourself with food, exercise, thoughts, and care.

Cognitive problems can run the gamut from childhood learning disabilities to Alzheimer's disease, and making new neural connections will help.

According to Eric R. Braverman, M.D., a cutting edge authority on brain balance research, the following are some of the signs that you might be 'losing your edge'.

Many people live with these conditions and others and compensate for them indirectly. By bending the brain's chemistry the right way, many of these symptoms will disappear. But in the same way an overweight person can lose weight through diet but will still need to exercise to regain muscle function and condition, brain chemistry can be corrected but cognitive exercise is needed to regrow lost function.

Learning anything new - something which is different and has a difficulty level above what you normally experience on a day to day basis - is one way to stimulate the brain. If you love to cook, learning a new recipe is not stimulating or difficult enough. If you take cooking classes in a foreign country and learn the language first, that is new for your brain. You not only have to learn the language, but you have to transpose the new language into your native tongue so you can keep up in class.

If you drive for a living, taking a new route is not learning something new. Perhaps driving in a country where they drive on the opposite side of the road would be a challenge which would be stimulating. The idea is to force the brain to think in ways it hasn’t previously done so.

Cognitive therapy games are exercises that work. Online computer games can increase problem solving skills, brain flexibility, memory, speed, and attention. Learning to work on a computer if you have never done so is a great challenge. Video games and pinball machines work, too, if they are something new to you. Anything which challenges your brain in a new direction will work to actually grow new connections.

The more 'power' you have turned on in your brain, the easier and more quickly things will come to you. And this has a snowball effect. The more you learn, the greater your 'electrical' power, and the more brain power you create, the better you become at learning new things.

Over time, your brain becomes hardwired. Your environment and your routines are shaping and molding you. Behave differently, live with different emotions and change the entire physiology around what you do every day – the way you interact with the same people and the same external world. These are controlling factors that cause you to react in the same way. Once you begin to do new things your brain will reorganize itself to accommodate the new mind.

Finally, thoughts are the language of the brain. It's not enough to just learn. Biophysics and quantum science have proven that an affirmative thought is hundreds of times more powerful than a negative thought. Do what makes you happy and you will be fueling not only your brain, your heart and the rest of your body, but the entire multiverse of worlds in a positive way