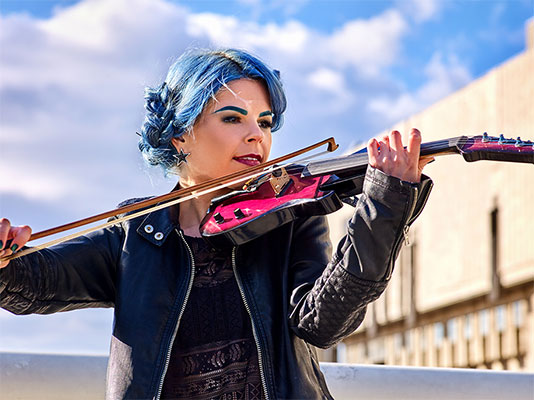 There was a time when artists and creatives were considered a low class of people because they used their imagination, something that was thought to be unreasonable, unreliable and a part of the mind that was little understood.

Every invention has been scoffed at – the printing press, automobile, pictures traveling through the air, and floors being swept by a vacuum. Admired artists such as Matisse, Braque, Van Gogh, and Derain broke the rules of painting and were considered by their peers, who followed the rules, to be wild men. They were often a disturbing presence in polite society. Creative types are often intense, stubborn and even dishevelled, sometimes operating from a spiritual, not a religious, standpoint. They were considered to have “excessive zeal”.

Today, few human attributes are held in higher esteem than creativity, but it’s still one of the least understood. We’re taught to learn by rote, to follow formulas, recipes and rules. We’re urged to focus on the right answer, so we learn to value logic, practicality and established conventions over creativity, imagination, fantasy, insight, and intuition.

We now know that the brain is divided into two hemispheres which communicate through the corpus callosum, a thick bundle of nerve fibers joining the two halves. The left hemisphere of the brain handles things like talking, writing and reasoning, while the right side deals with organizing experiences, finding patterns in events and responding emotionally. And this is where imagination and creative ideas are fired up.

Highly creative people tend to see life in images. They tend to be lateral rather than linear thinkers. Being creative requires a form of flexible thinking that most people possess to some degree, although they may not know it. Thinking creatively can mean something as simple as figuring out how to get a couch through a doorway, as ambitious as inventing a new system or device, or personally expressing yourself through art, writing or music.

Contrary to popular myth, creativity can be cultivated.


Are there barriers to creative thinking?

“The way to succeed is to double your failure rate.” (Thomas J. Watson, founder of IBM)

The trick is to come up with many ideas and just get rid of the bad ones, but don’t edit your ideas before you give them a chance to grow. Don’t be afraid that what you come up with won’t be good enough.

The best way to overcome this fear is to begin working on some small aspect of the project, preferably not the beginning. No matter what you want to create - a novel, a concerto or a plastic engine - there is some small portion that you’ve already worked out in your head. Get that out and work on it until it satisfies you.

By the time you’ve finished the first element, you’ll have found another small part to work on and you can then begin to link them. If you continue in this way, the ‘puzzle’ will start to come together in your mind and you will be able to break through your mental block of fear or uncertainty.

Take time to play. It helps to look at things freely, as a child does. It’s believed that games, even highly structured ones like chess, loosen up your mind because they’re outside of your needs. They’re like a mental holiday. When you’re playing, you’re less likely to feel foolish if you make a mistake. As practice makes you more proficient, the benefits of game-playing increase, and this spills over into your ability to think creatively.

So where does talent fit in?

Each of us is talented at something, whether it’s cooking, dancing, math, sports, decorating, style or anything else. But there are some who excel in a particular area far beyond the average person. Very often these people do not need to be taught. A natural aptitude – talent - is something they’re born with.

But not all talented people are successful in their field. That’s where the term “starving artist” originated. They can tend to be overly focused on the artistic end of their endeavours and fail to meet the business end. They care little for the sale of their paintings, the structure of society and how they might fit in to make those sales, and they might even be off-putting because they just can’t relate to others. Some don’t bother to use their talent. They have it but they’re more concerned with freedom of imagination and may become daydreamers rather than workers. Some don’t bother to learn the technicalities of their field, so their talent is wasted.

Although many very talented people are overcommitted to their craft, whether you’re talented or not, hard work is generally what will make you succeed.


If you want to become more creative, if you’re talented but frustrated or if you simply want to break a creative block, learn to move through accepted notions of how things are done. Instead, ask why. This always leads to new thinking. Challenge every artistic or creative concept of what is acceptable. View random ideas as inspiration and get to work on them. The more you do, the more creative you will become. Practice may not always make perfect, but it will definitely get you to being more creative.