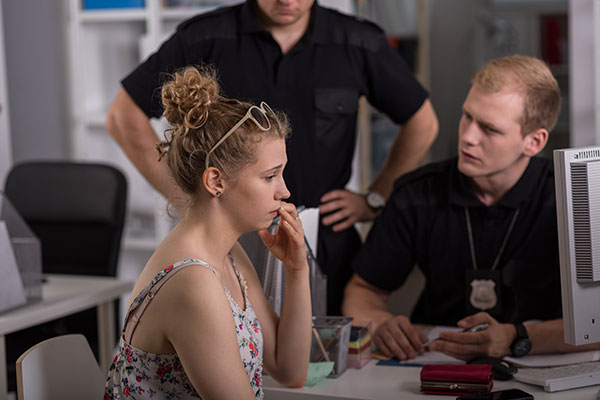 The Thought Police: How Thought Patterns Control Your Life

The Law of Abundance states that there is an unlimited amount of everything for everyone. There is no lack. It will never run out.

When you align yourself with this principle, your belief that there just isn’t enough to go around will fade.

For some people, this may be easier said than done because each time they reach for success, the Thought Police come in and place restrictions, telling them they can’t have that.

These thought patterns can be broken into five categories which collectively cover just about everything in our lives.


The good things you deserve are trying to reach you, but because of your past experiences, you have a limited world view. This is what’s blocking your ability to receive.

You may be telling yourself that you really want something, but your subconscious is remembering all the times you didn’t get it, whatever it is. It replays those same thoughts and experiences over and over.

The magic is you can substitute new thoughts that will work in the same way; thoughts of success and experiences that the mind thinks are real even though they haven’t actually happened yet.

Always turn negatives into positives because the unconscious mind doesn’t hear negatives. It only hears the root of the thought. So “I’m afraid of drowning” becomes “drowning”. “I don’t want to be broke anymore” becomes “broke”.

How about if you begin to envision yourself being that person, doing or being what you want to be?

In the extreme case where you really are afraid of drowning, just stay away from water. But being broke can be turned around to “I have money coming in all the time”. Don’t use phrases like “I’m not broke” or I’ll never be broke again” because you’re still saying “broke”.

If you’ll do that enough, your subconscious mind will believe it.

Any unhappiness you experience is caused by denying the present and attaching importance to the past and the future. This is where all the negative self-talk comes from.

The subconscious mind sees life in movies. It doesn’t know what’s real. That’s why you’re terrified when you walk to your car in the dark after seeing a scary movie. Your subconscious mind is telling you to be afraid. Why? Because it’s still watching the movie.

You need to be an observer of your own thoughts.

The Thought Police are working for you or against you whether you realize it or not.


This is referred to as a scarcity mindset.

But the Laws work equally for everyone.

You haven’t yet recognized that by not focusing your energy and consciousness on what you want to become, you became the random manifestation of all the energy that you’ve experienced, which has developed into your current perspective.

You have subconsciously put out to the world everything you believe about the way things are—that there is lack and not enough to go around—and this is what you’ve received.

The Universal Laws which govern consciousness do not waver.

The nature of the next evolution of our culture is within our direct control. Rather than allowing yourself to be created by your past negative experiences, being merely a byproduct of your own wrongly-conditioned thinking, consciously create your reality.

The thoughts you have exist because you gave them life. Now they police everything you do. This is powerful stuff.

All of this is going to take some work. Don’t procrastinate.

Take a good look at your life and current living conditions. If you don’t like structure and routine, if you’re easily overwhelmed and keep making excuses as to why you can’t change or get things done, you’re probably a procrastinator.

If you have a serious lack of time management skills or you keep avoiding responsibilities, it’s very likely you have become a procrastinator.

You’re level of determination is likely to fade even before you finish reading this article. But you don’t have to live like this anymore.

You don’t have to spend your life wishing you could just get off the couch and start that exercise program, start that diet and follow through, finish that book, plan that vacation, have more, do more, and be more.

It only takes one positive change to trigger a cascade.

“Live in the space between appearance and reality - where things that are broken become whole again. The best magic doesn’t trick you, it makes you believe.”
(Unknown)

The Laws are working whether you’re aware of them or not. Everything you think and do has only the meaning you ascribe to it. Anything that has held you back—old thoughts, fears, relationships—will fall by the wayside, lifeless without the energy you’ve been giving them.